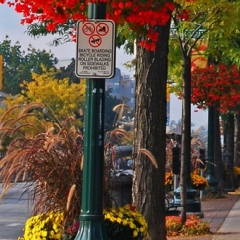 Oakville is the BEST place to live.

Oakville has been named one of the best places to live in Canada!

Do you ever wonder if life would be easier or better somewhere else? Do you ever think there might be better opportunities for your kids in another city? According to magazines such asMoneysense and Today’s Parent, you need look no further than Oakville.

Using criteria such as population, low unemployment, high incomes, daycare costs etc., cities across the countries were ranked. Quebec’s highly subsidized daycare is hard to beat for affordable daycare costs, but Oakville offers an opportunity for parents to make a good living and to be part of a community of families.

Oakville really has so much to offer that its high nationwide rankings shouldn’t be a surprise. We’re a transit-friendly town with easy access to downtown Toronto. We have lots of accessible green space, trails and waterfront for recreation and leisure time. We also have a safe city with low crime rates, great highly-ranked schools and a vibrant arts community. Oakville’s new state-of-the-art hospital further cements its reputation for accessible healthcare. I had some home buyers share a statistic with me the other day that was new to me. While researching Oakville as a possible place to live they discovered that Oakville has the highest per capita library card registrations! They felt that was a great sign of a progressive community that they wanted to be a part of!

Access to sports is another issue that impacts quality of life for many individuals and families. We’re so fortunate in Oakville to enjoy well-equipped recreation centres with robust programming for kids, teens, adults and seniors alike. You can sail or row in Oakville as easily as your kids can be part of top gymnastics clubs, and you can even downhill ski midweek at nearby Glen Eden. And, if watching professional sports is more your speed, you’re close enough to catch any of Toronto’s professional sports teams.

I’ve often thought that we have the best of many worlds here in Oakville, but seeing it in print feels like a nice reminder anyway. Life really is better in Oakville!